Hey Crafty Peeps! Have you guys observed a Rainbow? Scientifically they say its a spectrum of light appearing in the sky. But as an artist when we look, indeed a beautiful creation of God. How the seven colors blend one over the other but yet are evident individually. This month’s theme for our project is ‘Rainbow ‘. Pretty Paper Studio had sent a lovely Finetic Coliro Pearl set – Candy as a part of their DT Kit. Let us create a lettering piece using this wonderful set with some wonderful rainbow blending effect.

As usual, we letter out the quote on to a canson mix media paper. 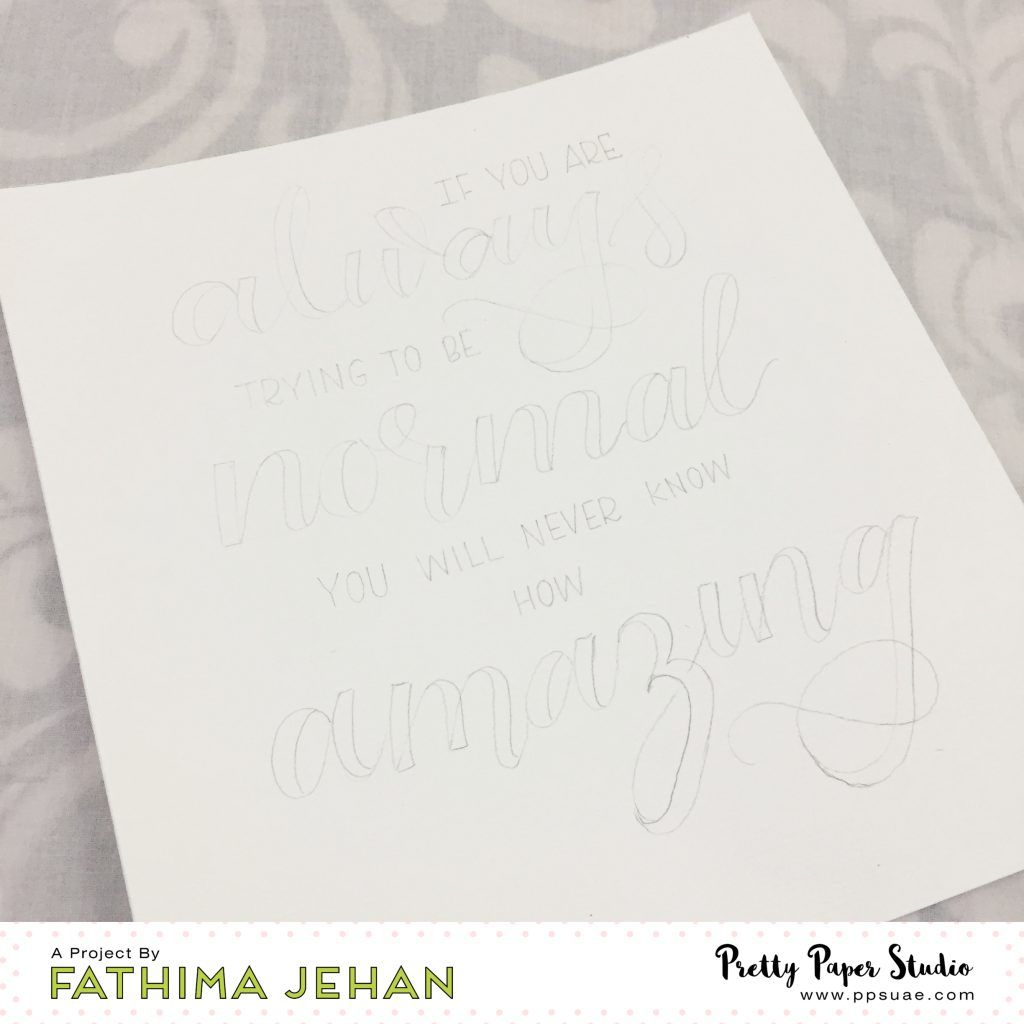 Then we use the Finetic Coliro Pearl Set – Candy to create a rainbow blending effect. Blending can be done in various ways. You can refer to my July Project for detail photo tutorial on the various blending techniques. 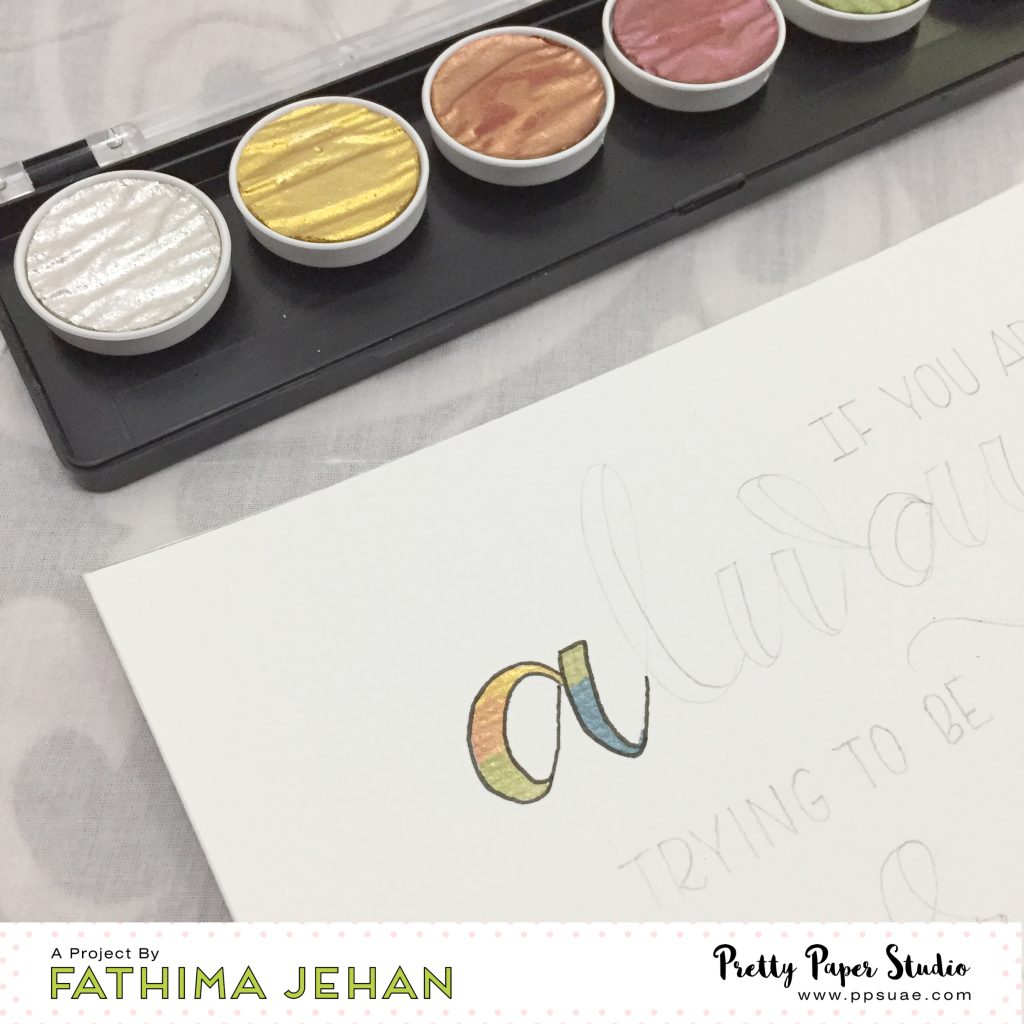 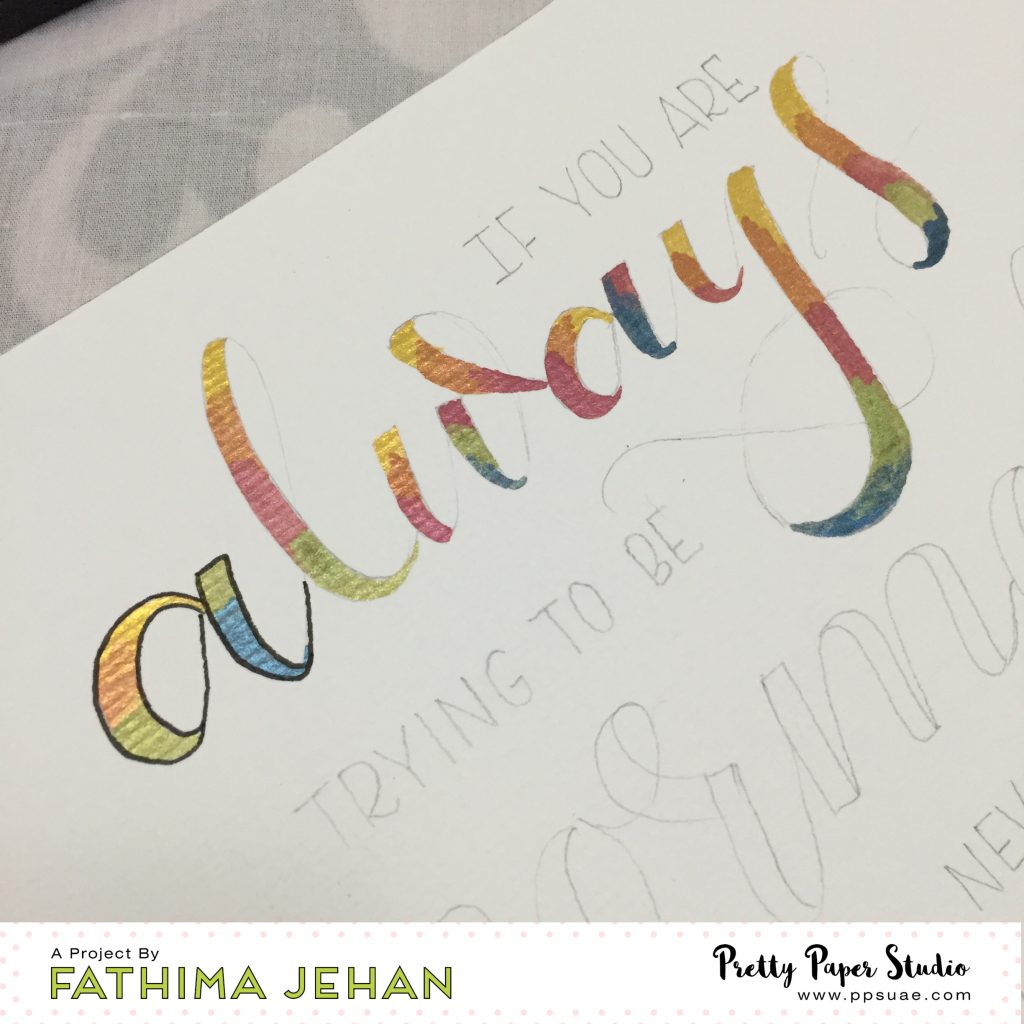 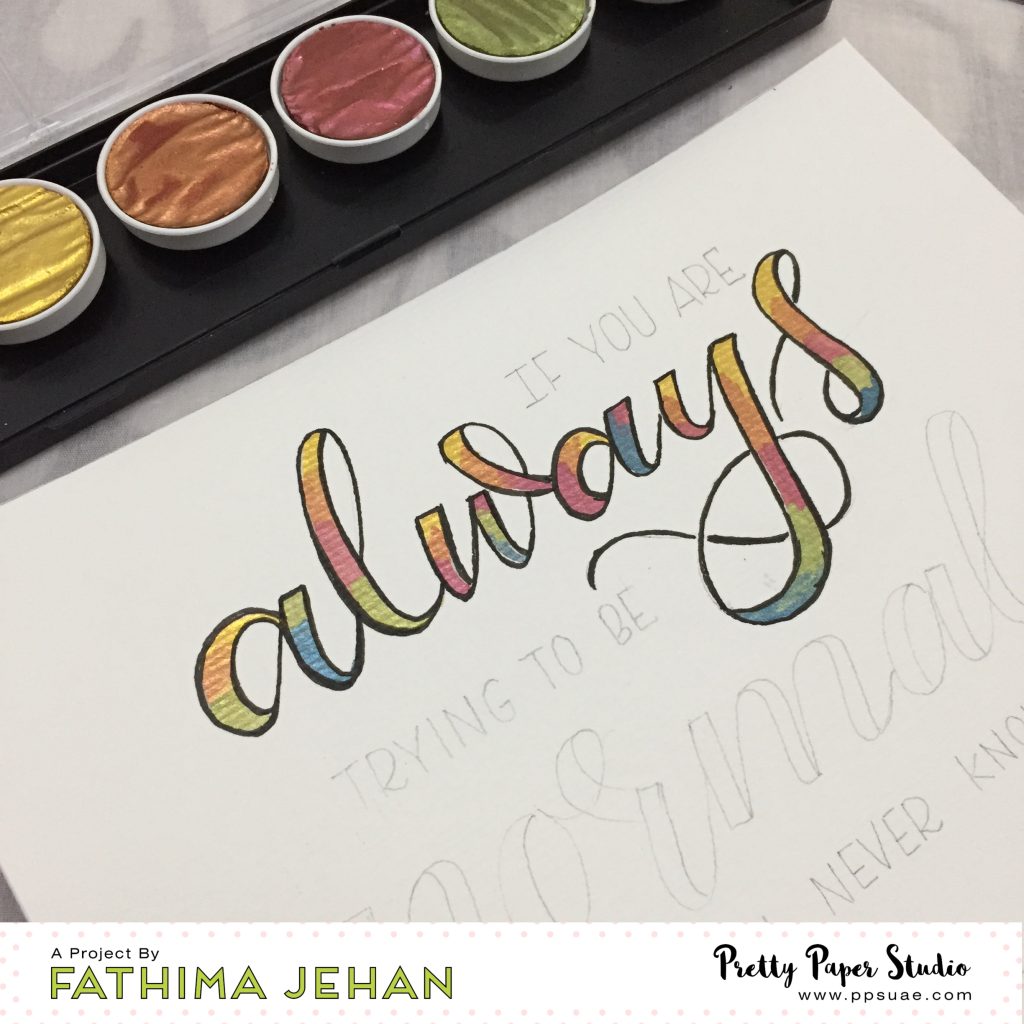 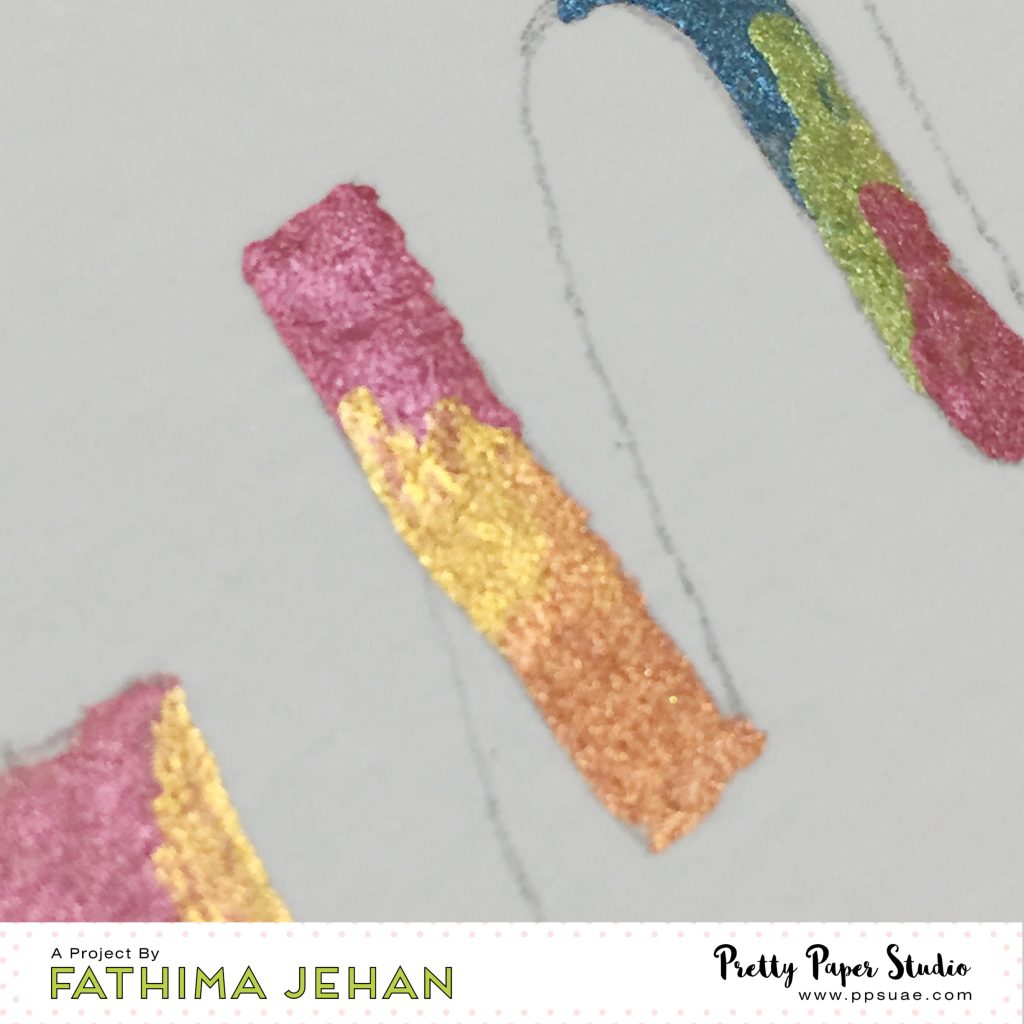 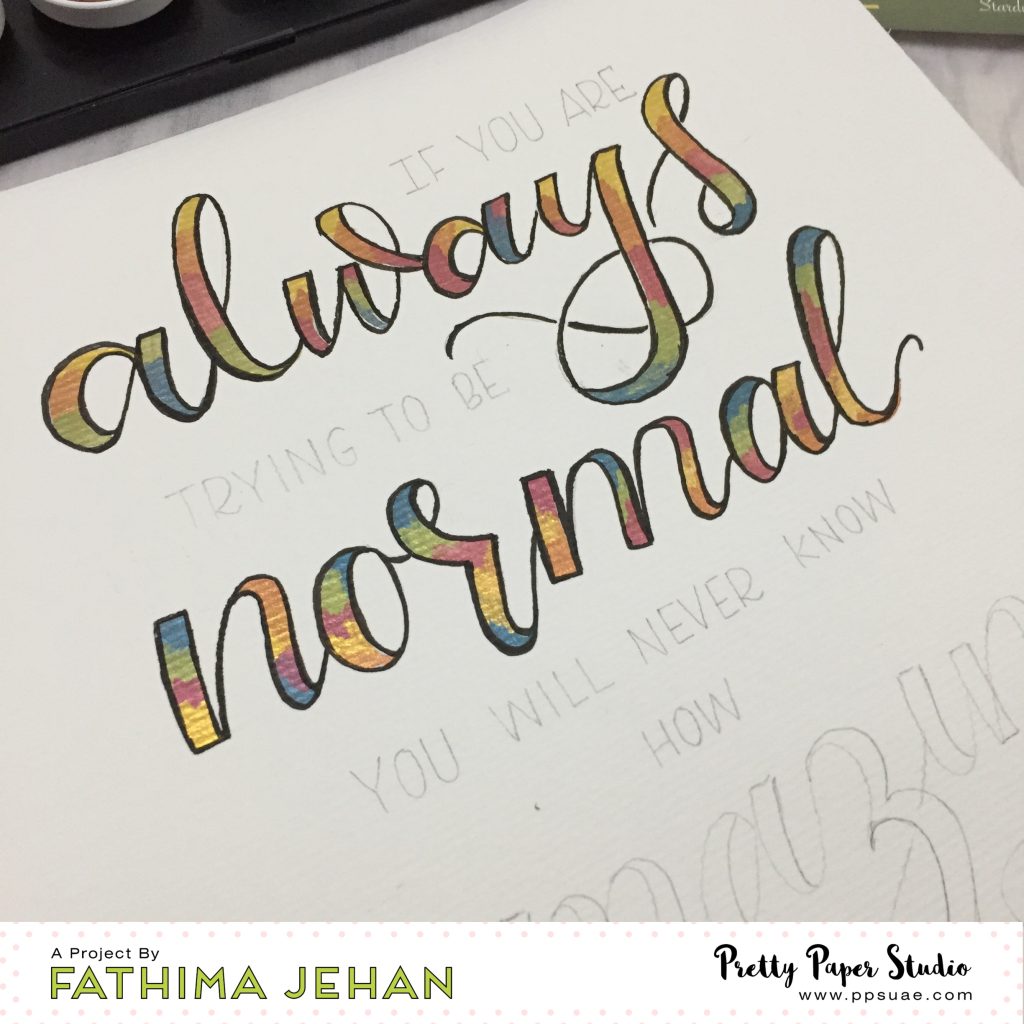 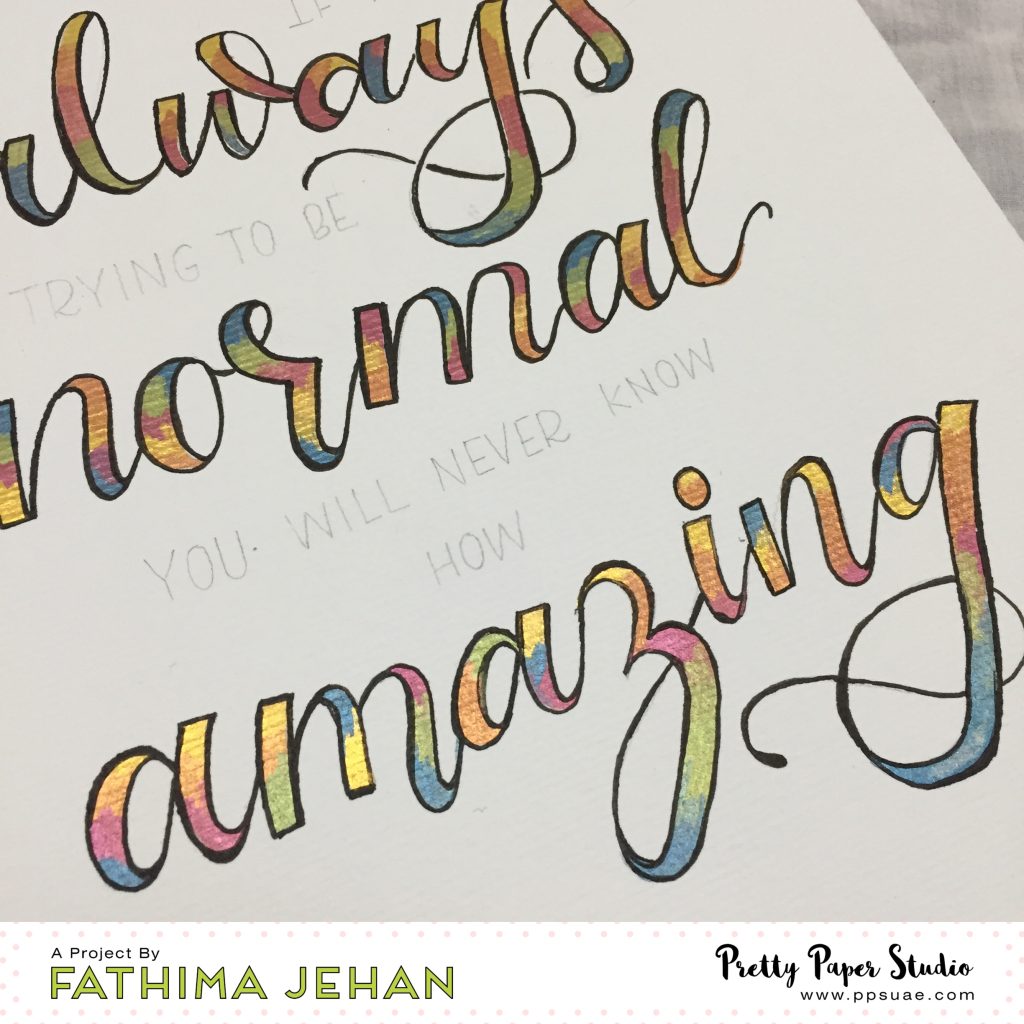 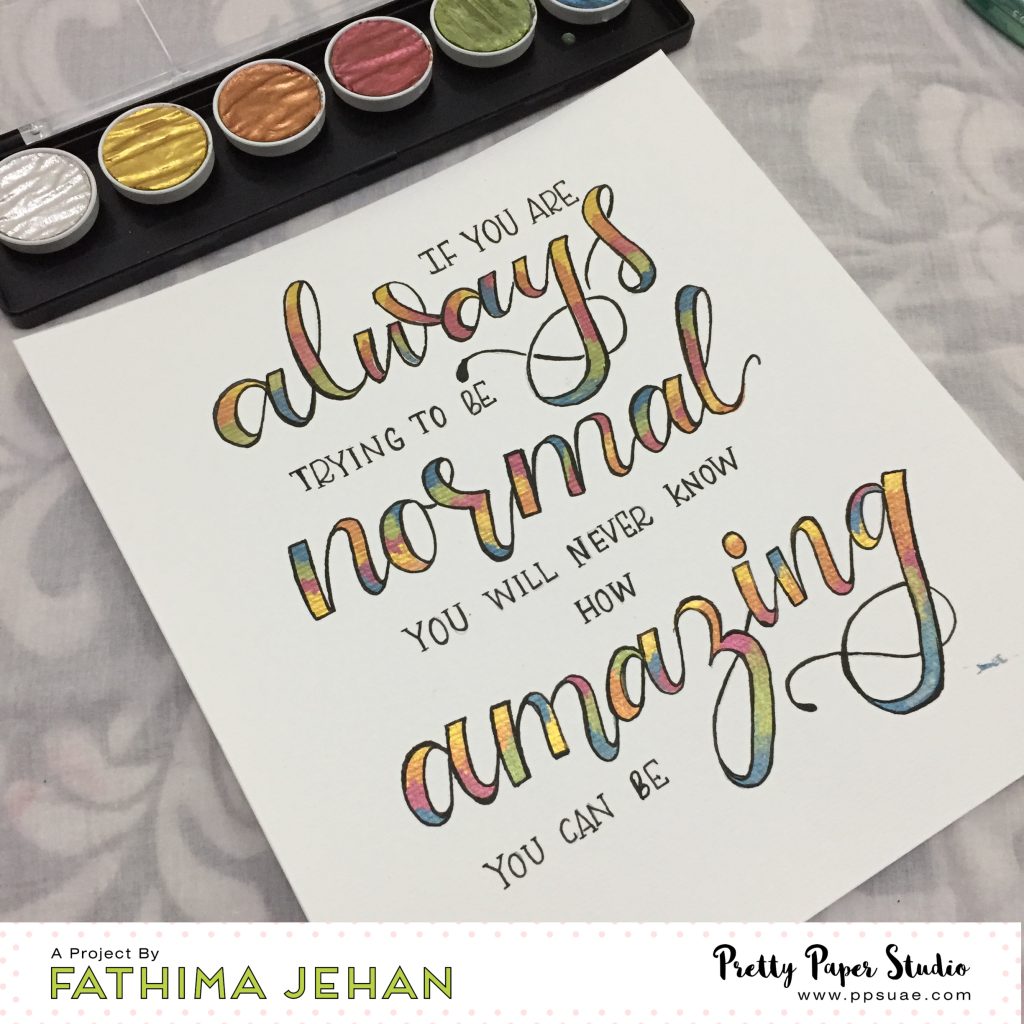 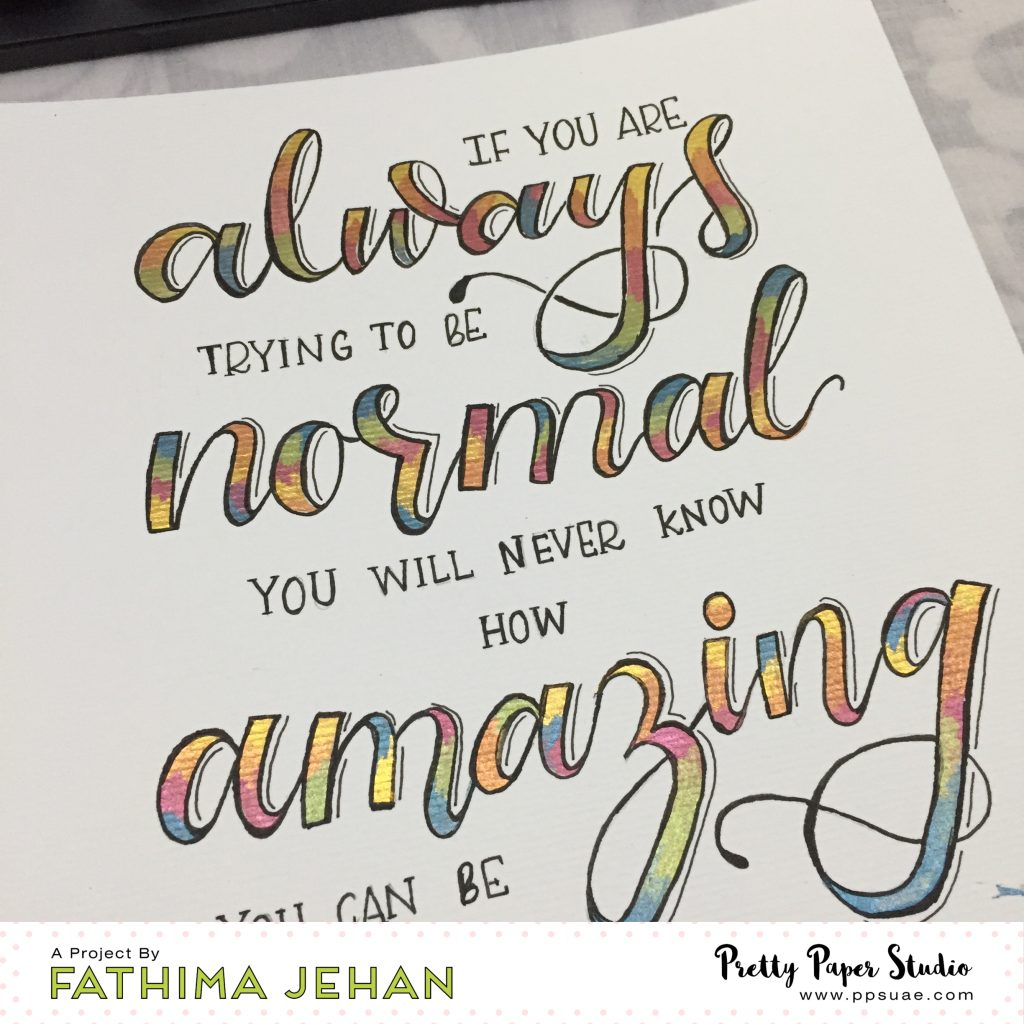 Using the same Finetic Coliro Pearl Set splatter over the lettering for the final look as below. 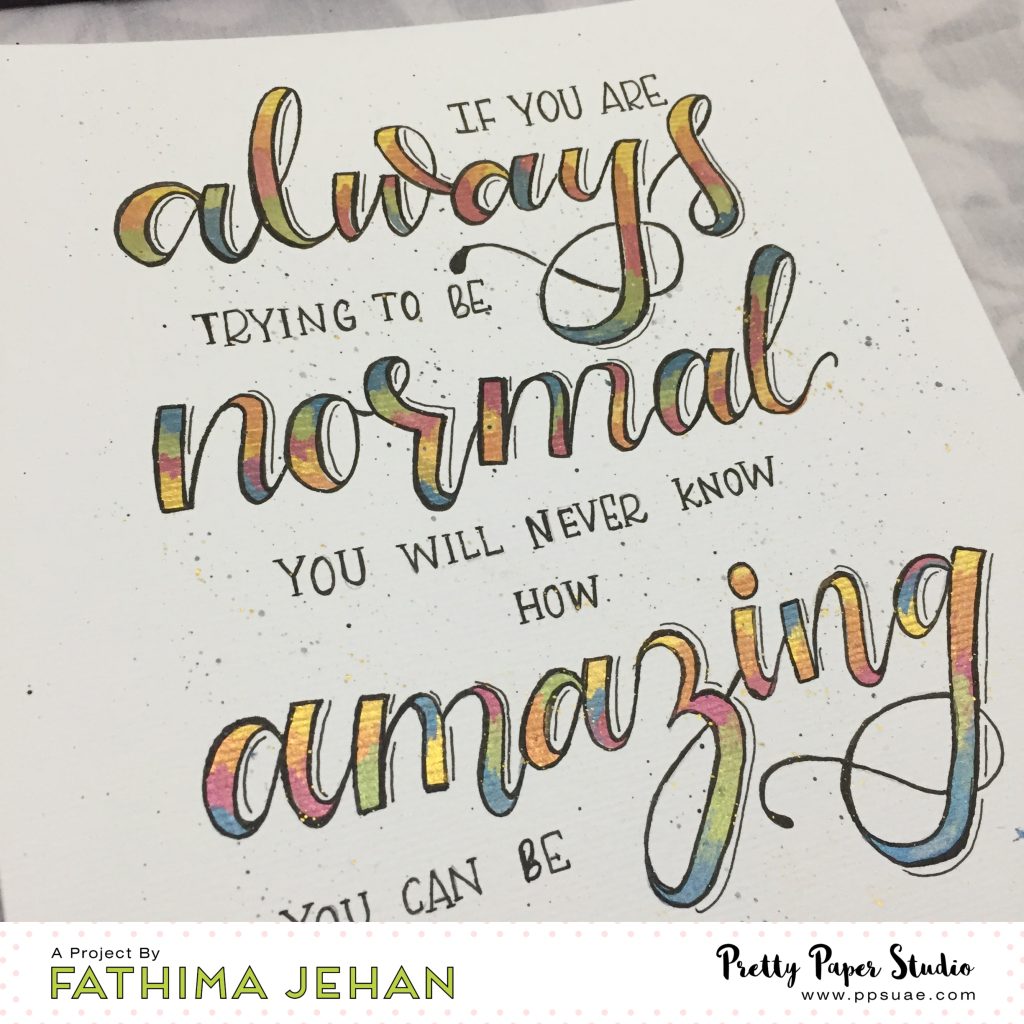 Hope this tutorial was helpful. Do try them out and share your projects with us on social media with the hashtags #ppsuae #prettypaperstudio #madewithppsuae. Also, tag us on Instagram/Facebook.

Thank you so much for stopping by. Please feel free to share your queries and feedback in the comments section below.

Until next time Happy Crafting !!

You can join the Pretty Paper Studio Monthly Challenge through the following easy steps:

Note:
A winner will be announced only if we have THREE new submissions.
All projects submitted for the challenge must be NEW and created AFTER the challenge went live.

Be A Part Of Our Community!

Join our growing community of 1500+ handmade craft lovers and receive fun tutorials, discounts, and freebies in your mailbox!